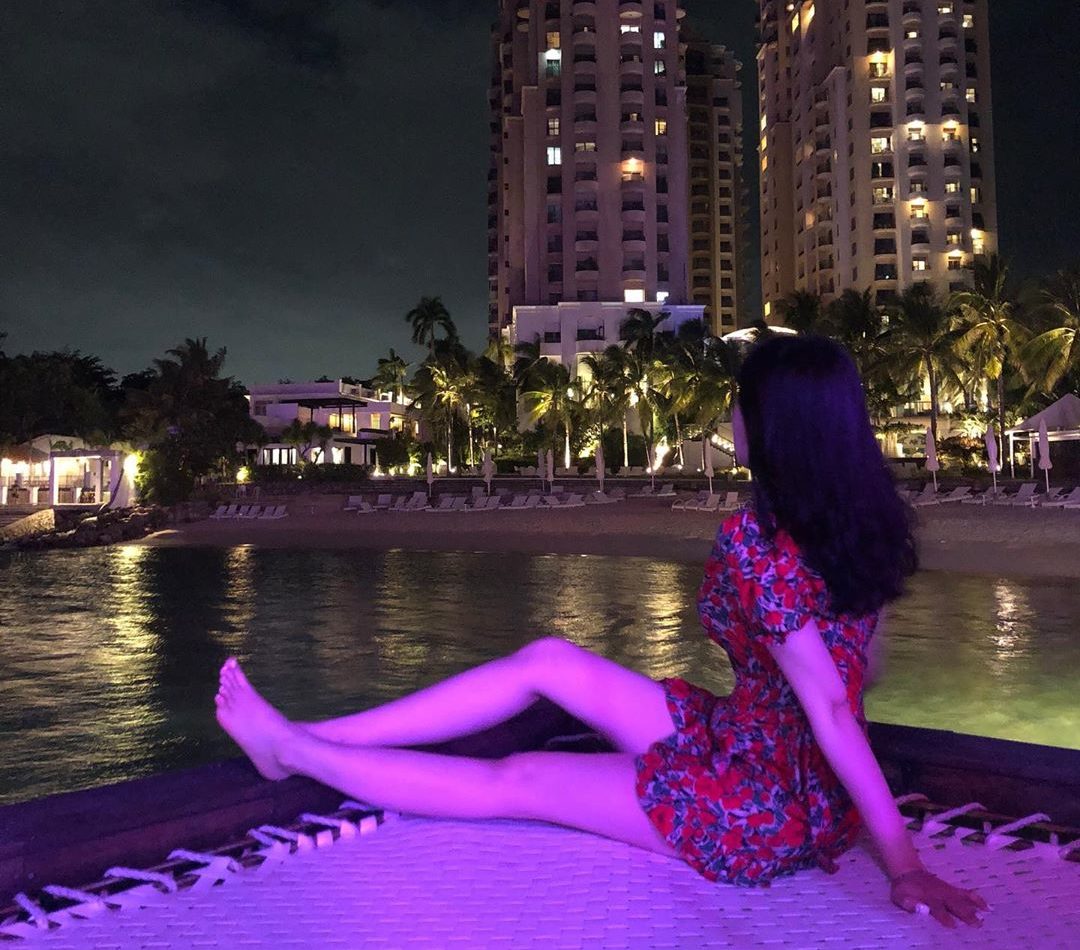 Known for its wild nightlife and party vibes, Ibiza is an archipelago of Spain in the Mediterranean Sea. It is a small island but is popular throughout the world for being the biggest hub for nightlife and party animals. It hosts so many music festivals and concerts every year for which tourists in uncountable number visit to make the most of their vacation. Although Ibiza is widely known for its wild nightlife, it has a lot of other things to offer like yoga retreats, quiet villages, bars and shops along with lines of sandy beaches throughout the coastline. Ibiza has one of the most magical and multicultural atmospheres which makes it distinct from the rest of the world. The local people there are full of life and friendliness.

Ibiza will grab you by the heart and will give you memories to remember forever. At the leisure level, it has beach clubs that are renowned throughout the world. Here is a list of some of the best nightclubs in Ibiza that are a must-visit for all the thrill that you are looking for.

One of the internationally renowned clubs in Ibiza, Amnesia Ibiza is located close to the village of San Rafael and was once the estate of a rich Spanish family. This place is truly one of the most mythical places in Ibiza and deserves your visit for the best party night there. It can accommodate as many as 5000 people and has been home to the most incredible dance artists since the 80s. It remains crowded all the time but during the summer months, it becomes the hub for party people. With laser lighting and a playlist that will keep you on your toes, Amnesia Ibiza is a definite visit. The best thing about this nightclub is that it features a custom sound system, ice cannons as well as an enclosed greenhouse terrace that hosts partiers from midnight to sunrise.

Originally known as Ku Club, this gorgeous Privilege club is famed as the World’s Largest nightclub according to the Guinness Book of Records. Located close to the village of San Rafael, this club is one such place where a number of renowned international celebrities have played as hosts. It has everything unique which makes it the biggest as well as the most popular nightclub in the world. Having a capacity of 10,000 people, it also has a 25-meter long ceiling. Tall windows let you see through and admire the gorgeous picturesque views of the island. Along with an enormous structure, it also features a swimming pool, open-air dance floors, and sex shows. It hosts all-night parties and plays some of the best tracks. 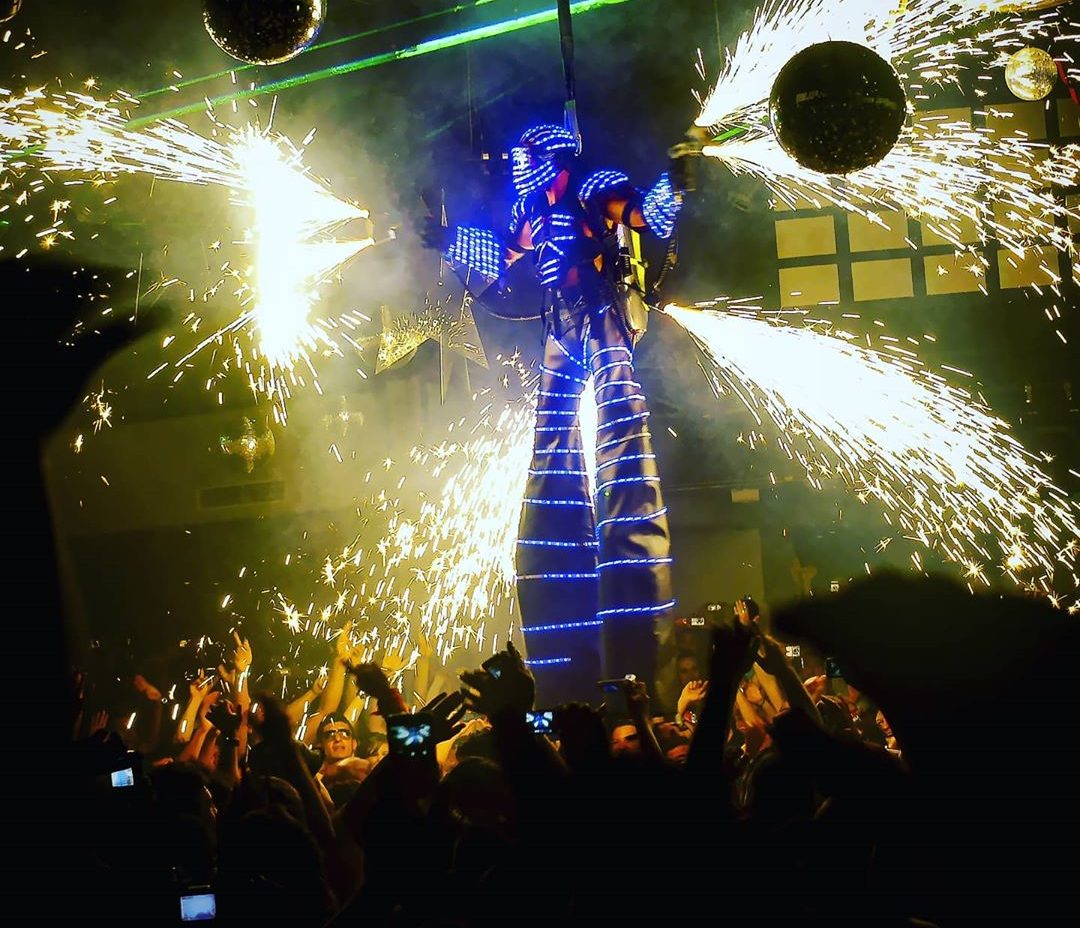 Awarded as the best global club four times by the International Dance Music Awards, Space Ibiza is a hot spot for party animals in Ibiza. It is one of the oldest and the largest clubs in town, thus taking people down with its vibrant atmosphere. There won’t be a moment when you don’t see party rage here because the vibe is just so contagious. Located on the outskirts of Ibiza Town, Space features an open terrace for parties all night, making it the most distinctive feature of the nightclub. It has a capacity of 3500 people, thus making it a mega-club for your visit. If you are in Ibiza, you must visit this club on Sunday nights as they are the most popular for the ultimate thrill. 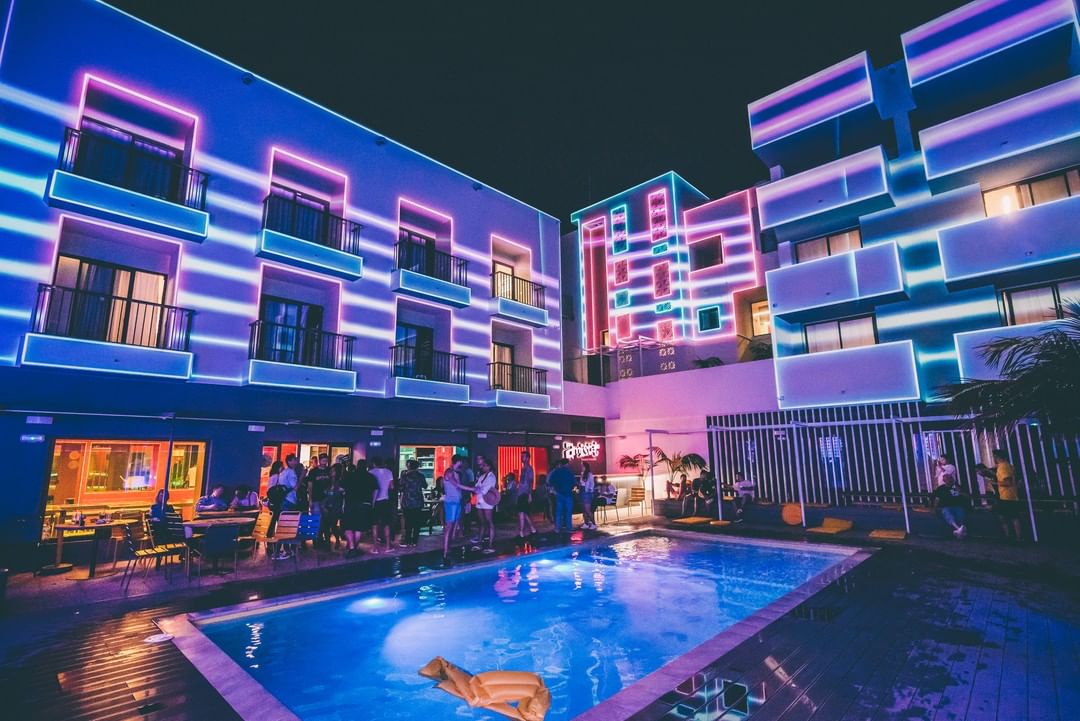 When it opened its doors to the public in 1973 in the heart of Ibiza Town, it became the most popular party hub for people there and around the world. And it has stood the test of time, making it one of the most popular clubs in Ibiza even today. and continues to be one of the best-known clubs in the area. Pacha has the capacity to hold 3000 people at a time and also features a terrace where you can party under the moonlight. This club is a mega club, thus making it a must-visit for the most amazing parties ever. The most exclusive feature of this club is its VIP-centric experience that attracts the rich and famous people. , This further makes it a costlier club, much pricey than other clubs.