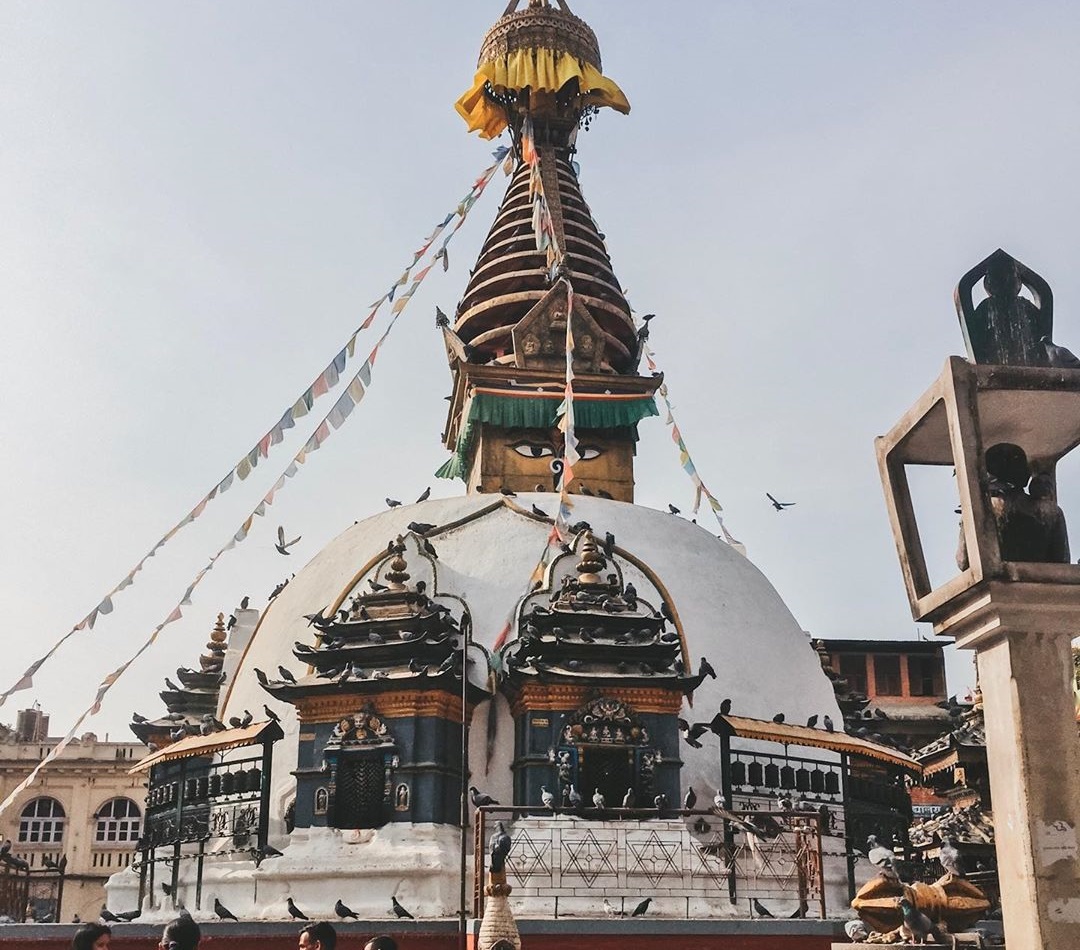 Talking about Kathmandu, it has everything from intricate sculptures, architectural marvels as well as fascinating rituals in magnificent temples. If you are going to Kathmandu, you must visit the gorgeous temples that reside there. The beauty, as well as the significance of each one of them, is worth admiring. 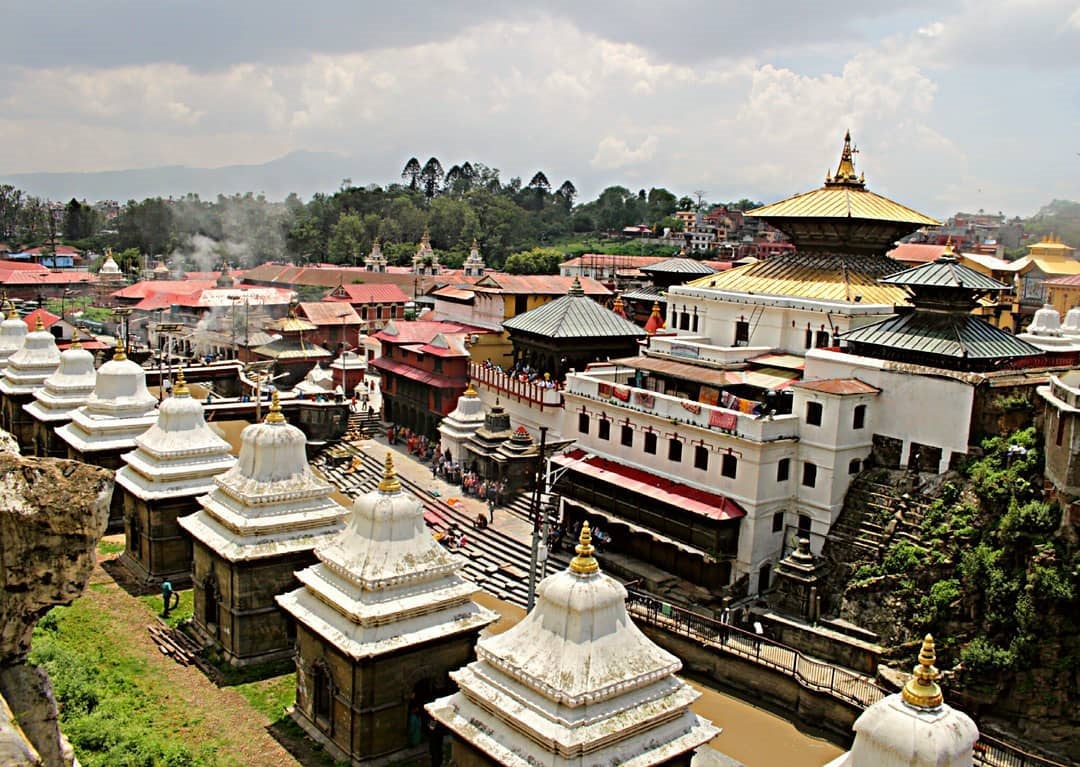 A Gorgeous temple as well as a UNESCO World Heritage Site, Pashupatinath Temples is one of the holiest shrines in Nepal. If you want to start your holy visit to Nepal, then this is the best temple to start with. With a view so breathtaking on the banks of sacred Bagmati, this magnificent temple is devoted to Lord Shiva. You will gaze in awe at its beauty because it is ancient as well as the most gorgeous site you will visit in Nepal. This temple has a lot of significance and that feeling draws in thousands of devotees from around the world to come here and seek blessings from the lord. The Jyotirling is the most attractive and holy feature of Pashupatinath temple which is believed to be the head of the body of Lord Shiva. The architecture of this temple is also unique with a pagoda-style cubic look with four main doors covered with silver sheets. The roof is also made of pure copper and gold. 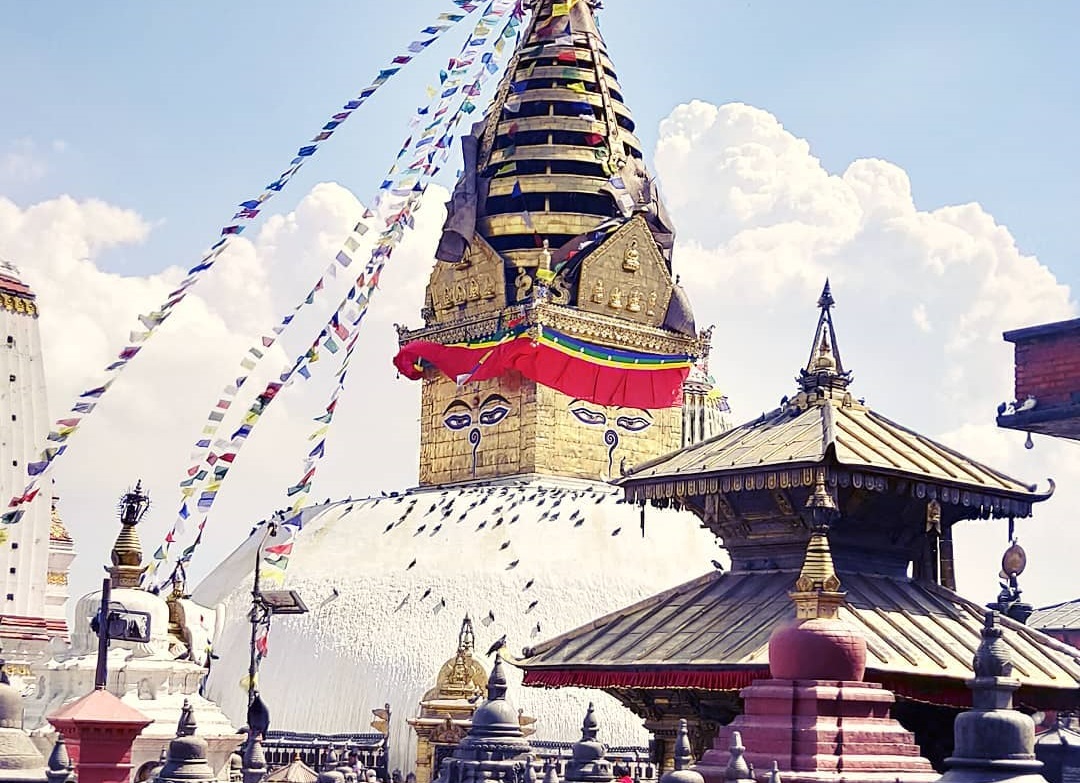 Located on a conical shaped hill near Thamel, this 5th-century temple is referred to as the ‘Monkey Temple’. The reason is that you will literally see a lot of monkeys crawling up the stone steps to the temple. Also, this temple is at a height so you would have to ascend more than 300 steps to reach there. Holding a lot of significance in its walls, the site of and from Swayambhu temple is truly spectacular. The Kathmandu valley can be seen in full glory from this temple and how beautiful does it look! This temple is a sacred place for both Hindus as well as Buddhists and not just that, the sculpture and architecture of this temple are also enormous. With a large dome and eyes painted on a cubicle above this dome, this also has a lot of meaning. The large dome symbolizes the entire world and the eyes represent wisdom and compassion. 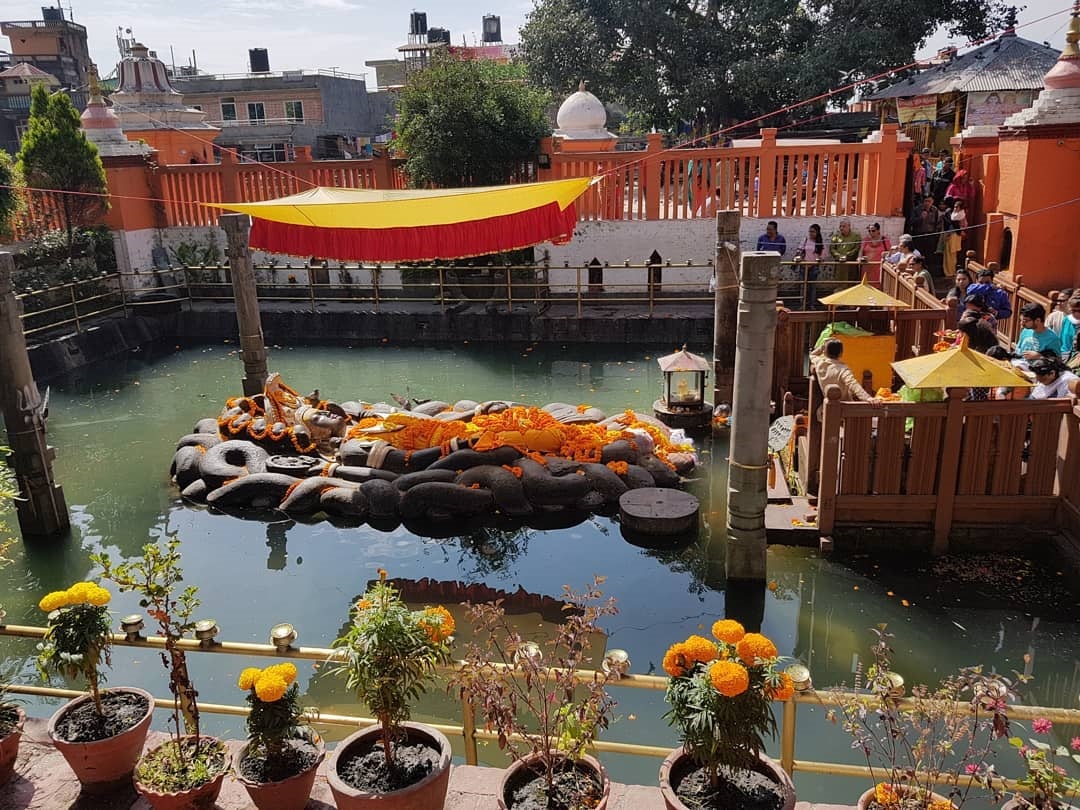 This temple is truly an architectural marvel because of the magnificent statue of Lord Vishnu residing in a pool in a resting position. This resting statue of Lord Vishnu is over 1000 years old and has been carved out of a single block of stone. This makes this temple one of the most significant and visited temples in Nepal. This architectural marvel of the temple is truly breathtaking and if you believe us, there is nothing more chilling than this. The statue of the lord resting on Shesha, the snake is something you wouldn’t have seen before. The significance of this temple is so much that only Hindu devotees are allowed inside the temple. You must visit this one and have the sight of something so blissful. 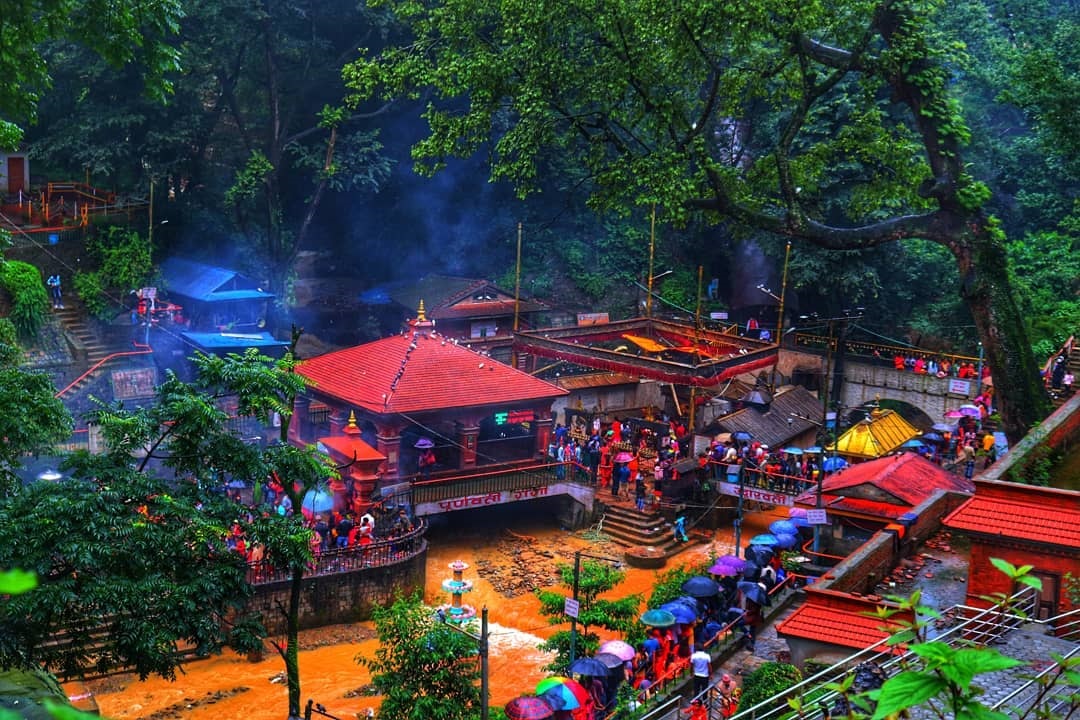 Another gorgeous gem in Nepal, this temple is dedicated to Hindu Goddess Kali. The temple was built in 1855 by Rani Rashmoni, a devotee of Kali and since then it has been one of the most popular temples in Nepal. If you visit this temple, you will get to know about a lot of unseen rituals like sacrificing cockerels and goats to the goddess. This is done in order to fulfill the wishes of the family. Goddess Kali has been referred to as the fearless goddess and that is why animals are sacrificed to this ferocious goddess for the fulfillment of one’s wishes. These sacrifices take place twice a week and even during festivities. So, you can visit the temple during festivals and watch the temple shine in glory and beauty.

Located on the east of Kathmandu, this gorgeous temple is the most significant and holy Tibetan Buddhist temple in Nepal. It has all the reasons to be visited because of such a vibrant life and cultural values. The best thing about this temple is it’s built and architecture. It shines over the skyline of Nepal with its gargantuan spherical shape. This looks so enormous from a distance and is worth the admiration. Also, the gigantic mandala of this stupa makes it the largest in Nepal as well as the continent. A famous ritual ‘Kora’ is performed here which signifies good karma and closing the gates of hell permanently for oneself. Therefore, this temple is worth visiting for all the right reasons and you should give this one a miss.